The interior of Art 105 is gonna be inspired by this:

I don't want to present as femme or anything but I am super vibing on the transgressive queer aethetic of this piece. I want to cover the mirrors in pink. and bring the moss walls into it. Pink and greens. Since there is Eucharist, there must be a table. Probably it needs to be centered. I'm gonna need to be able to dance on it. Maybe something like this....that I can build myself...you know...cuz building things makes me feel sexy and Jesus was a carpenter....

The Queer Body of Christ

Central to the the Christian faith is the Eucharist. As the Christian myth unfolds towards to the narrative of Christ’s death and resurrection, Christ invited his disciples to the banqueting table. “Then he took a loaf of bread, and when he had given thanks, he broke it and gave it to them saying, “This is my body, which is given for you. Do this in remembrance of me.” And he did the same with the cup after supper, saying, “This cup that is poured out for you is the new covenant in my blood.” (Luke 22:19-20) Christian worship is centered around the Eucharist. Eating of the flesh and drinking of the blood of Christ is the very essence of the mysticism that binds the body of Christians to the body of Christ. Christ is incarnated into the bodies of baptised believers through the mystical ingestion of the flesh and blood of Christ through bread and wine of communion.

Phenomenologist Jean-Luc Marion points out that “...since in any sacrament it is a matter of rendering visible the invisible grace of God granted to the Church in Christ, theological reflection cannot get by without a strictly phenomenological analysis.” (Marion, 90) The mystery of the Eucharist lies not in the bread itself but in the breaking of the bread. The presence of Christ that we receive in Eucharist is in the givenness of of a body broken. (Mitchell, 144) In remembrance of Christ, the corporeal body of Christ (the church) gathers at table to ingest the flesh, that has become bread.

In John’s Gospel (chapter 6), Jesus queers the Eucharist by calling himself bread from heaven, implying that he is God’s paradigmatic expression of divine intimacy, a gift that nourishes, and as an invitation to table fellowship, collaborates to bring about a human-divine polis. God not only cares for and nourishes people, but more radically and extravagantly so becomes food. Sharing the body of Christ dissolves all boundaries, and enacts a body-politics of inclusion, of mutual co-abiding. (Mendez-Montoya, 334)

Calling his disciples to the table challenges the body of Christ towards a radical hospitality. The historical Christ was a radical, anti-Empire revolutionary. His body broken and blood spilt by the Roman Empire. He disrupted hegemony by refusing to take up political power and play by the rules of both Empire and religion. The body of Christ is political. The performance of the Eucharist is both a symbolic and mystical act of ingesting an Otherness. The givenness of the flesh of Christ is both “an action of welcoming and sharing with the Other; an action taking place in the context of a banquet of love, the mutual embracing of divinity and humanity, a sacrum convivium.” (Mendez, Montoya, 328) Christ lived amongst the poor, the marginalized, and the oppressed. He broke bread with the socially stigmatized; with women, eunuchs (trans/queer folks), differently abled folks and cultural ‘Others.’ Christ was about the business of embracing those who have been forgotten, estranged, abandoned and outcast. Queer theologian, Elizabeth Stuart writes,

The body of Christ is queer. That body is made available to Christians through the sacraments, the very possibility of which, as Ward notes, is grounded in the queer nature of the body of Christ. Not only is this body available to Christians, they are caught up in it, constituted by it and incorporated into it, sharing in its sacramental flesh. They are in the process of becoming what he is, uniting themselves to him, and it is the sacraments that provide the moments of divine encounter which make this possible.”(Stuart, 66)

If disrupting hegemony and embodying difference is how we interpret the queer body, then the body of Christ is indeed queer. The sacramental rite, central to Christianity is located in a body; in a queer body, and it is located at the nexus of the body and desire. “In the Eucharist, desire is a meeting point between divinity and humanity: God’s desire for humanity embraces human desire for God. The Eucharist is a conjoining of bodies and desire.” (Mendez-Montoya, 335) 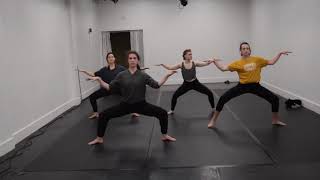 The Phenomenology of Time: A Study 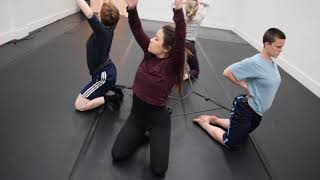 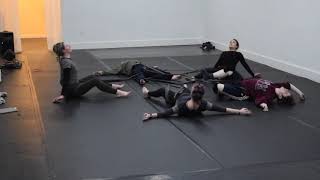 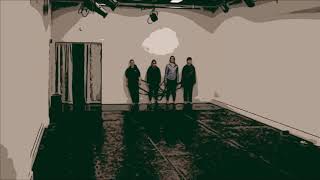 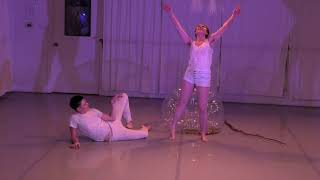 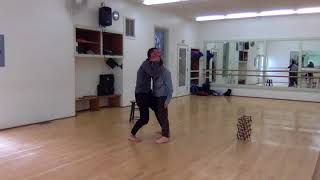 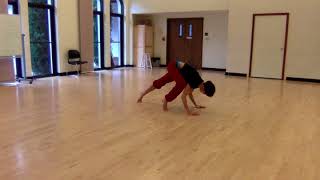